1st and 2nd at COMPLEX ICAR - 3rd in Championship

MIRABEL, QUEBEC – Nathan Blok continued his charge for the Production Class Championship in the Super Production Challenge (SPC) at ICAR COMPLEX, Mirabel this past weekend, however it was a case of winning the battle, but losing the war.

Blok headed into the final 2 rounds of the Super Production Challenge 67 points adrift of championship leader Owen Clarke, and Nelson Chan who was only 6 points behind. He needed to be flawless all weekend, and hope for bad luck to fall the way of the others.

In Friday testing, that's exactly what happened. Nelson Chan crashed and totalled his teammates car attempting to avoid hitting another car slowing abruptly. Deemed unable to race for medical complications from the crash, he would be forced to sit out for the final races. Although Nelson couldn't compete, the unique point structure in SPC meant that because it was his teammates car involved in the crash, Chan's car and Team Octane was still eligible to win the title at the hands of Carlos Tesler-Mabe.

After some performance was found by the Apex V2R team from the GP3R rounds on-wards, Ryspec’s Owen Clarke and Blok were almost identical in lap times during Friday’s testing.

Saturday morning came and so did the rain, handing the advantage back to the front wheel drive cars at Team Octane. As qualifying approached the sun came out and the track dried rapidly. Unfortunately it was Blok’s turn to have some bad luck as an ECU failure prevented his automatic transmission from blipping the throttle on downshifts. But despite that Blok managed to qualify in 3rd.

Race 1 would start after the lights used for the standing start procedure remained on, giving the drivers no warning when the race would begin. Blok would drop to 6th by the end of the first lap. Blok managed to overtake his way up to 2nd by lap 4 when a full course yellow came out, with some Super Production class cars separating himself from Owen. Blok timed the restart perfectly and was right on Owen's tail immediately, eventually completing the overtake for 1st place several laps later. After an intense display of defensive driving, Clarke eventually ran out of fuel, and with Blok’s teammate Suellio Almeida behind secured his first SPC win. Suellio would unfortunately lose the podium due to an overtake under yellow flags.

There would be no time to celebrate as the finale would take place only a few hours later. However the results from the first race gave Nelson Chan and Team Octane the points they needed to secure the production class title. Meanwhile Clarke’s DNF meant that if Blok won the race and Clarke finished 3rd or lower, Blok would finish 2nd in the championship points.

The randomized dice role for qualifying pole would see the top 7 cars on the grid be inverted. Blok would be starting 5th, and Clarke 7th. After only a few laps Clarke would be leading with Blok being right behind. Despite a race long battle, that would be the final result.

After the race Blok said, “I gave it my all, took my 2 best finishes of the season, gave Apex V2R their first ever win in real life competition, and got to share the podium in the final race with Suellio, who didn't get his 3rd place taken away this time. We threw everything at the finale, but it was unfortunately not enough. Thanks to everyone who has supported me this season. It wouldn't have been possible without you!! “ 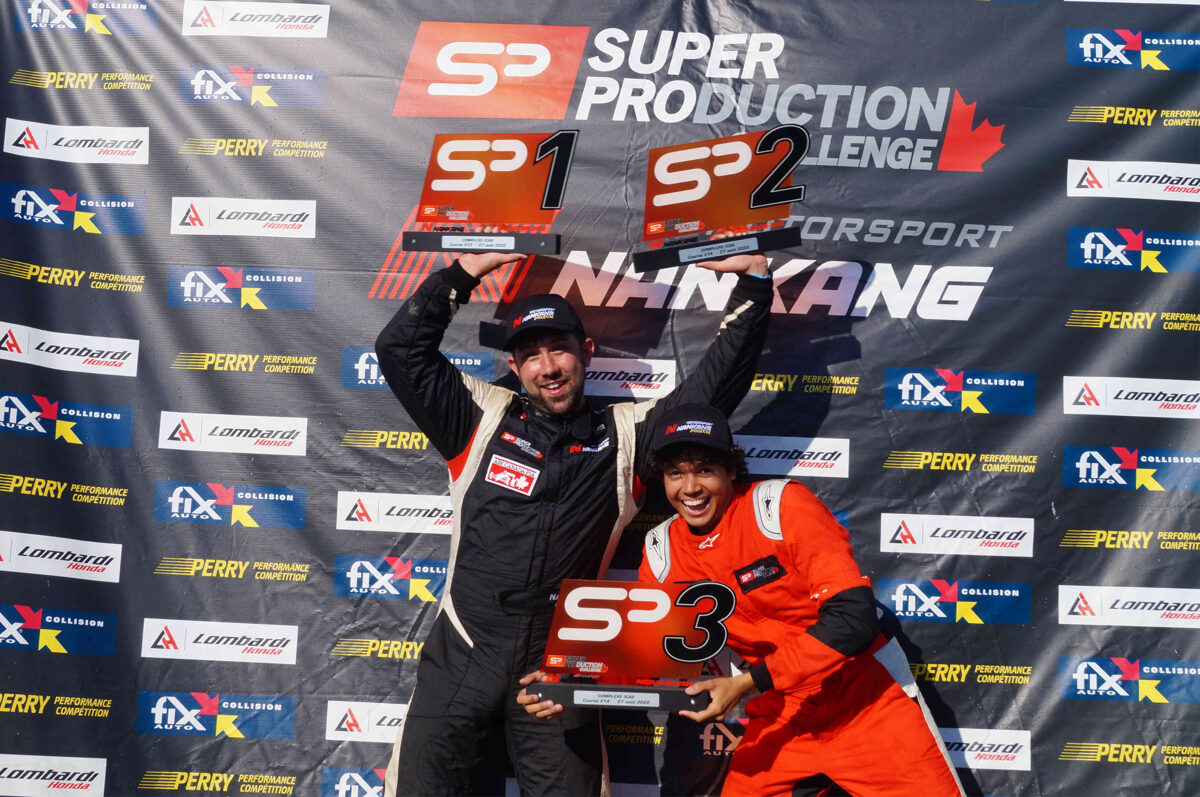