Blok now set his sights on Wojceichowski, and by Corner 11 of Lap 5 makes the pass for the lead.  Once Blok had secured a comforable lead he settled in to a rhythm for the rest of the race and brought home the 1st place trophy and the lead in the CTCC series.

“ Racing at Calabogie infront of the home crowd is always very special.  Both races were very action packed, especially on Sunday's race.  Coming from 7th place on the grid to win is a challenging task especially with the competition level as high as it is this year.  Without the tires from Woody's Motor Vehicle Repair the outcome would have been extremely different.
To have yet another good weekend at home and to bring home a debut win and the lead in the championship for the team was a very fulfilling and successful accomplishment.    There was a lot of drama in the background and even getting to race this weekend was a special opportunity and to come home with a 1st and 2nd place just makes everything that happened leading up to this event feel worthwhile.
A huge thanks to all my sponsors and everyone who put their support behind me and believed in me.  I was honoured to do my job and deliver everyone the results that they wanted. “ 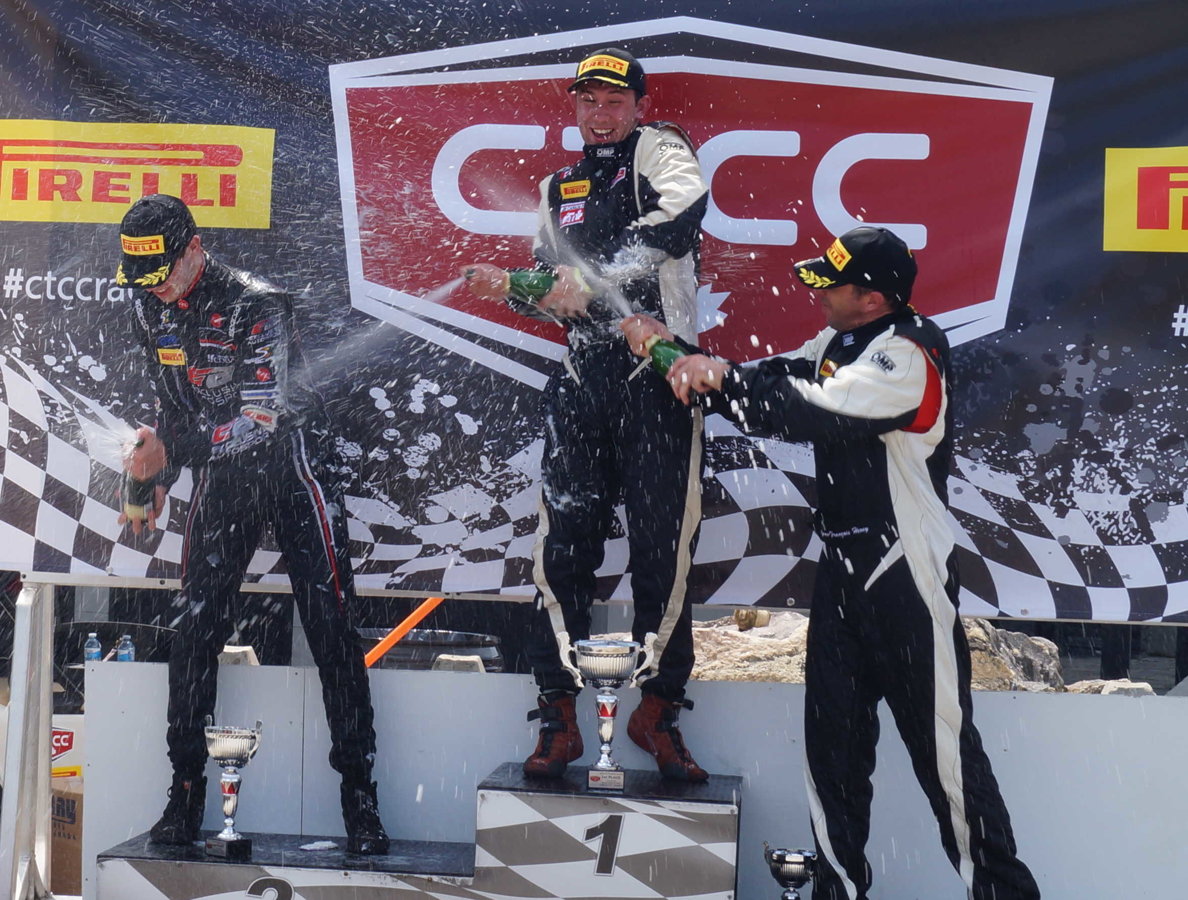